...and back to Vietnam

On the 25th October we left Illinois for a few weeks in the UK…Kim’s first trip…and I have to say we had a great time visiting Mum & Dad, Mel & Paul, Grandma and seeing Peter, Kathy, Karen & Francois (probably spelt wrong!) for a few days.

I’ve stolen some of Kim’s writing for my blog entry as I think an American’s perspective is probably a little more interesting than mine!!

Mike and I spent the last 3 weeks in England, the mother land. I was very excited to have the opportunity to learn to speak English, as opposed to American English, and to have cream teas. I think I learned more English slang than ‘proper’ English, but that was fun too! If you aren’t privy, cream tea consists of 2 warm scones, a pot of jam, a pot of clotted cream, and of course tea. My initial reaction: “clotted” cream? …my only association to the word clot is through science courses – as in blood clot. Eeeek! Clotted cream has nothing to do with blood, thankfully. It’s a sticky and slightly sweet, thick cream. Put that on your warm scone along with the jam and voila, a very tasty snack! Wash down with hot tea (with milk) and repeat as often as possible for maximum weight gain! I’ve packed on a few lbs in this fashion – but I think the fish & chips, sausages and real ale have something to do with that, too. No bother, a waist is a terrible thing to mind, especially when faced with 5 weeks of Vietnam’s nauseating culinary offerings.

We were hosted most graciously by Mike’s family – the first week with Jim and Sandra, his parents, the second week with Melanie and Paul, his sister and brother-in-law, and a few days at Grandma Jean’s followed by a few days in London. I think benevolence and hospitality are in the water in the UK – I felt so at home everywhere we went! Mike’s mom hand-made a bag for my yoga mat during the week we were yachting and touring ancient sites (and ancient PUBS!) with Mel and Paul. 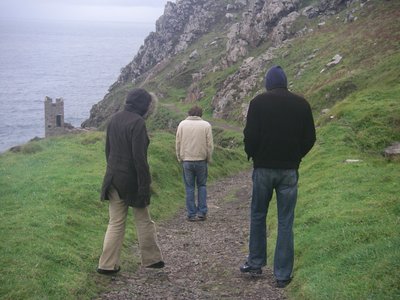 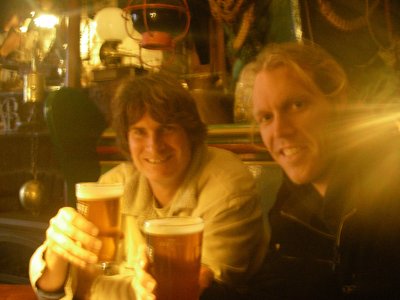 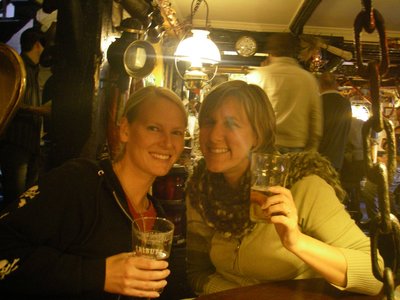 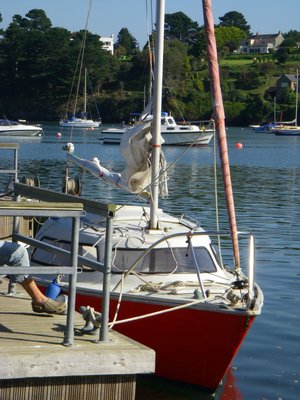 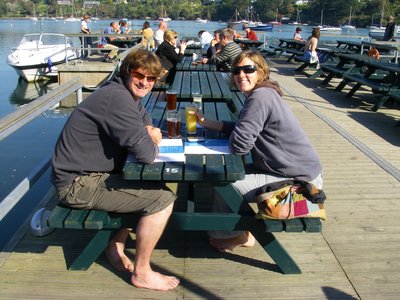 Everyone cooked for us, which was really fantastic, and they even put up with my egg-eating. =) …for those who don’t know, I eat eggs probably 5 breakfasts per week. Especially since traveling over the last 5 months – seems you can always find eggs for breakie, though you may not want to eat them (see Koh Samet entry!). I thought a Christmas Cracker was something you eat, or maybe slang for Santa Claus, but Mike’s mom put me wise to the English custom over Christmas dinner, which we ate on October 18th. A cracker looks like a huge piece of taffy, twisted paper at both ends, except it’s wrapped in foil papers of all different Christmas-y colors. Everyone at the table has a cracker in front of their dinner plate. You hold one end in your right hand like you’re passing a baton to the person at your left, and they grab the other end with their left hand. You grab the other end of the person’s to your right, and so on around the table. Then everyone pulls them apart at the same time and they explode. Not like with dynamite or C4, just a little pop and you open it up. Inside, you get a paper crown, which everyone instantly dons, a joke on a little piece of paper, and a small trinket or toy – mine was a fingernail brush! That’ll come in handy for sand removal (the war on sand continues!). It was so much fun! I hear the previous year was a bit more fun – the fire department came and everything…someone lit the dining room carpet and hallway on fire with an out-of-control candle. Our families are going to get along great, I have a feeling! 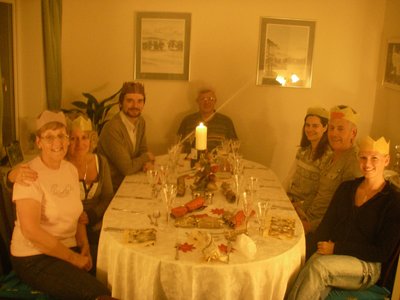 It was, of course raining a bit during our stay. Seems like every time we tried to leave whatever house we were in, it would rain. Insert standard response here: Cuppa tea then? Seriously, I love all the tea drinking that goes on. ….and all the ale drinking for that matter (thanks Mel and Paul!). Anyway, we ate like kings, drank like sailors, and slept like it was going out of style.

While in London, we saw all the sights, and for Mike’s birthday, his parents treated us to a show. We saw Wicked last Wednesday night, and it was superb. If you like the story of the Wizard of Oz, you’ll probably like this. The production was incredible as was the singing, dancing and costumes. 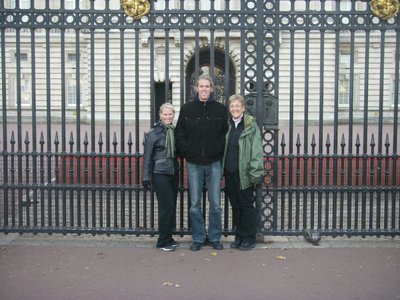 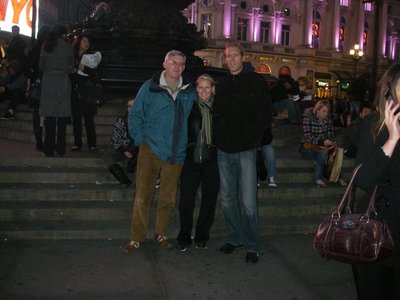 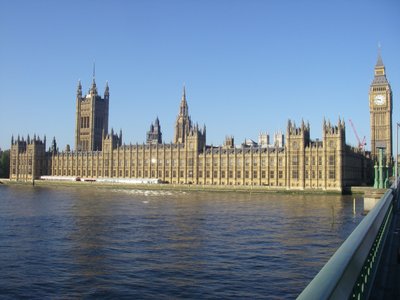 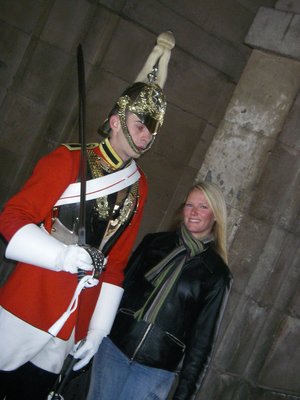 It was indeed a welcome break relaxing down in Devon with Mum & Dad after the calamities of San Francisco. I guess the stereotypical views of bad weather and tea drinking in England are true, but I would debate the view of the food being terrible compared to America…I think Kim agrees that it is, in general, much better over the pond in the UK (assuming chicken nuggets and big mac’s aren’t your thing!!!)

The yachting with Mel & Paul was great fun (despite the abrupt end and injuries that Paul and I obtained in the process), and sparked an interest with both Kim and I that we may pursue wherever we end up next…and I guess I was secretly relieved as a tour of the ancient sites turned into a tour of the ancient pubs when for once the English weather came to my aid.

And so we end up back in Vietnam…the flight was uneventful…and we arrived to find our friend Candy waiting for us in Saigon. The joys of Vietnam have come flooding back very quickly!!! I was excited to be back in Saigon…in a warped sort of way I enjoy the city a lot, despite the craziness of the place. We took the bus to the beach again yesterday…seems the nice sleeping bus that we took the first time has disappeared, never to be seen again…I took a big gulp when I saw the one that turned up this time…let’s just say it made it as far as the first corner before it stalled. Thankfully it was fairly empty so we had plenty of space, and after going through the usual “ooooo 2 people with big bags, a chance to scam them for more money” routine we actually enjoyed a relatively comfortable journey.

I was lulled into a false sense of security last night when we ordered dinner at the hotel (see previous entry on food in Vietnam). It was actually fairly edible…chicken with chilli and lemon grass…but I was bought back down to earth this morning with breakfast. Candy and I suffered uncooked greasy pancakes with banana, whilst being secretly relieved that we hadn’t ordered the same as Kim…on the menu it read, “Baguette, eggs, bean and bacon”. We were all hoping that it would indeed turn up with one bean, but alas it was plate containing 2 uncooked eggs, white beans drenched in tomato ketchup (yes out of the bottle) and some fatty substance that resembled no meat from a pig that I’ve ever seen!

Previous Next Table of contents

This blog requires you to be a logged in member of Travellerspoint to place comments.

If you aren't a member of Travellerspoint yet, you can join for free.